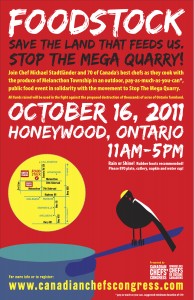 Last month, Kel and I went with a few friends up north to the Foodstock event.  It was the first of its kind with the intention of this event being to raise awareness and money to stop an American company called Highland Companies from turning prime, fertile agricultural land into a limestone quarry spanning 2,300 acres.  It was dubbed as a "pay-what-you-can public food event" and was wildly successful.  A hundred chefs across the nation banded together to serve up local produce, setting up stalls out in an open field and throughout the forest to the public.  Thousands showed up despite the cold and rain in support of the movement.  It was definitely a different experience! We had a good laugh at supporters, both kids and adults, losing their boots in the muddy field, while lining up for the next food stall.  Looking back, I wish I had taken more pictures of all the great food we had, especially since Norm, Kel, and I all managed to forget to bring our own plates and used a lettuce leaf as a substitute.

Supporters at the event, both young and old. 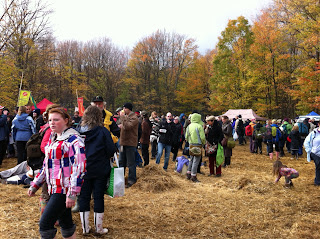 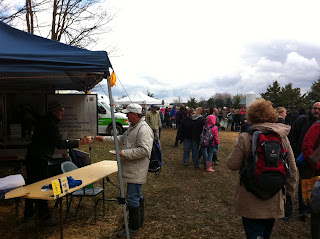 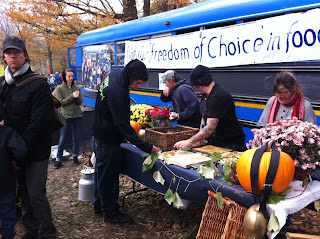 Soup being served out of a giant pumpkin and onto a cabbage leaf to promote sustainability and reducing waste. 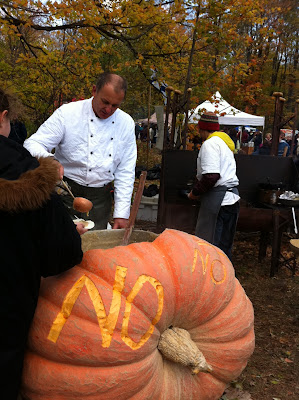 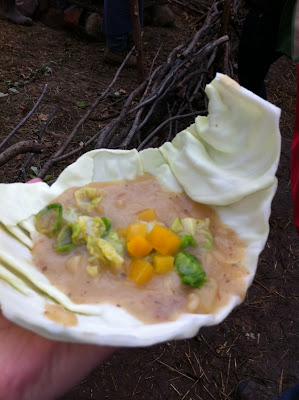 More shots of food stands as chefs and volunteers prep for the supporters. 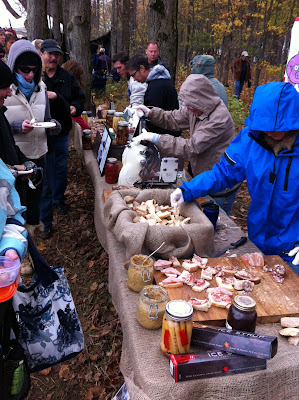 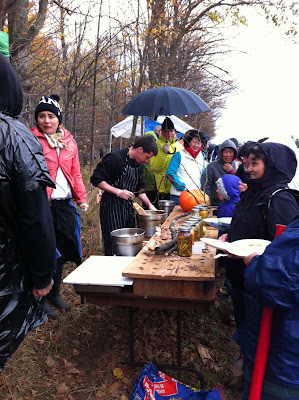 An article on the event at blogTO with additional pictures found here.
Posted by BubBLeS at Wednesday, November 09, 2011