Okay, so this isn't a true bake-n-blog, because I didn't really have time to photograph the play by plays.  I thought I would, but then realized that the prep time was like 3 hours.. and I had dinner plans.. so let's start..


A friend of mine found this on the internet a couple months back and asked me to make it.. 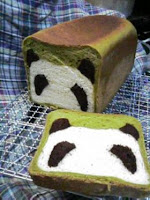 http://cookpad.com/recipe/349795
The concept looked really cool, but the recipe was in Japanese, so there's no way I could follow it.  The site was cool though, because the followers actually tried the recipe and created pandas of their own and posted it back to the blog!  It was entertaining to see how some came out all warped, and at the same time showed how funny it could turn out.
Then..
A couple weeks ago, I came upon some English translations of the recipe!  We have to try this now!  I raised interest within a group of coworkers while I was at it (what could be more fun?), and the challenge was on!  We created general guidelines to avoid cheating and also build up suspense... Everyone participating had to bring in their loaf as is, and we'll all cut into them together!
Now, for those interested in trying this out, here are a few online recipes that uses slightly different ingredients.  You could probably find others online, but they're generally the same, just a difference between bread flour and cake flour vs. all-purpose and cornflour, etc.  And I must warn you, the prep time they listed is 3 hours.. don't skimp too much, because it's mainly for proofing the dough.
The original translated version (uses bread machine, bread flour, cake flour):
http://wlteef.blogspot.com/2007_10_01_archive.html 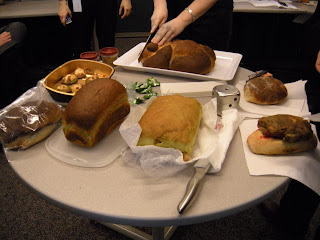 One of the girls decided to make an anatomically correct panda..... and one of the boys didn't measure or knead his dough properly... 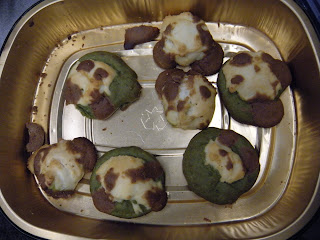 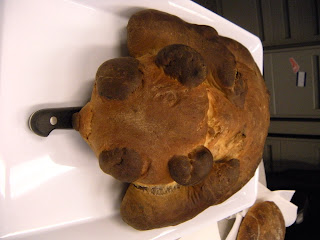 Then, we had one where the dough went wrong, and he didn't have enough cocoa to create another, so he used red food colouring instead.. 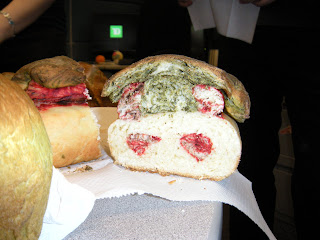 And a procrastinator who didn't start his bread til 2am.. ended up sleeping at 5:30am.. and waking up to bake at 7:30am before going to work... It was still warm when we cut into it!  Serious respect for not skipping on steps when working at such hours at night! 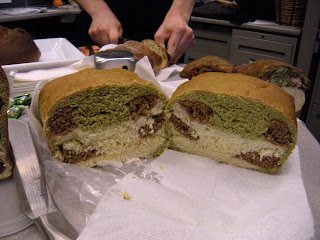 And then we have a rookie baker create a seriously stylish panda.. 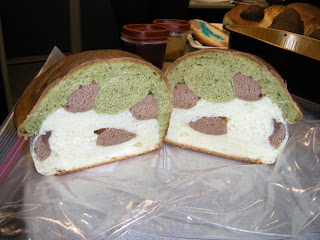 And finally, my panda! 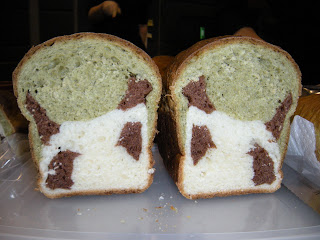 It all started last year, when Kel and I were looking around for inspiration for an area rug for the living room.  We knew we needed a rug there, but just didn't know what kind.  At first, I was interested in the shaggy, microfiber look.  But we soon realized that it would only lead to having the bunnies graze on it, which is both bad for the rug and the health of Kingsley and Keiko.  Then back in November, while doing my regular online readings, I came upon this picture from Marcus Design and it struck a cord. 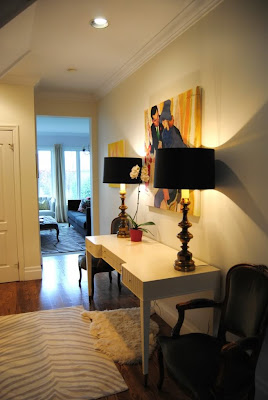 I never thought I'd want an animal print rug, but the splash of zebra seemed fitting!  The grey and white pattern didn't seem as "in your face" as the regular black and white.  It was subtle enough that it wouldn't be over the top, yet it adds a nice unique touch.  I went on to see what options were available out there and soon came upon this rug: 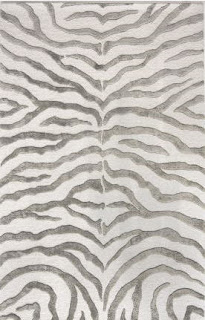 It was perfect!  We found it on RugsUSA and they had a sale! What timing!  I placed the order in early December and was excited, anticipating its arrival before Christmas.  I received the UPS tracking number the next day and checked on its status every few days waiting for it to change and provide me with the estimated arrival date.  Soon, I realized the status wasn't changing and contacted RugsUSA to find out what's going on. It took a couple of tries as their "live chat" support wasn't always online and was finally told that UPS had lost the package and placed a tracer on it.  It would take UPS ten business days to update their status and they'll contact me once that happens.  And... of course they didn't get back to me, so I had to contact them multiple times AGAIN to get an update.  What I heard this time was even worse.  Not only did UPS lose the package, but RugsUSA is saying they can't send me another one because the rug is now out of stock and discontinued.  Furthermore, they can't refund my money until their insurance claim comes through with UPS and of course that will take x days and they'll get back to me.  Right.  Of course they will.  Grrr.. after speaking with a few friends about the situation, I've taken the advice of calling Visa up to dispute the charge.  I no longer want to deal with RugsUSA and if this is what their customer service is like, I highly advise everyone to stay away from them.

During the whole ordeal, we found out that the rug that sparked this inspiration was actually from West Elm.  We went down to the store to see if we could pick one up, but they were discontinued as well.  However, their US website showed that they still had stock, so that's what we did.  So finally... TA DA...

Our transformation of the living room from when we first visited the house and decided to put down an offer: 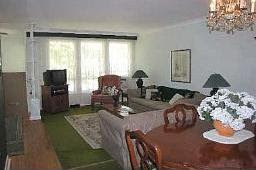 To what it is now: 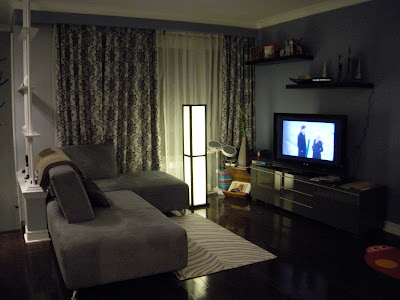 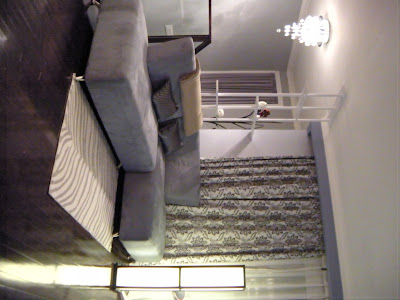