It's finally up!  The idea's been there for a while, but the process has been long.  It's really not that hard to do, but the process of selecting pictures and getting cheap frames takes time.  In fact, we've had the pictures framed for over a month now, but when Kel realized on which wall and at which height I wanted them, he said "how 'bout later".  Well, later's finally here!  This wall will be our ongoing project, adding pictures as time goes on. 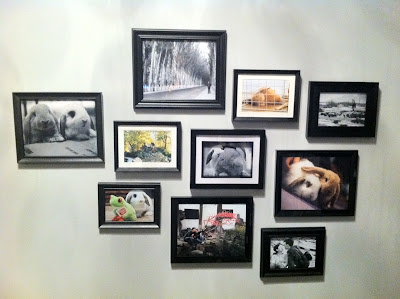 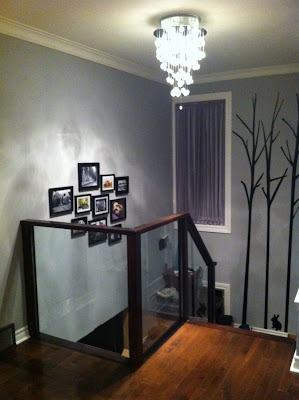