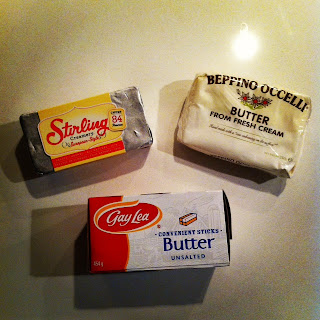 Ever since reading an article on butter in the Globe and Mail and learning more about the butter industry, Kel and I were intrigued.  We've always known that almost everything in our country is regulated, but we didn't realize by how much.  From this article we learnt that the butter we see at the grocery store all have to contain a minimum fat content of 80% and "under Canada’s supply-managed dairy monopoly system you have to use milk from the provincial pool".  Even the packaging is limited to printed foil.  This explains why butter looks and tastes relatively the same regardless of brand.  The article also mentioned that European butter tends to contain ~84% fat content and isn't readily available to us since only a small amount can be imported without getting hit with a 289.5% duty.  Stirling Creamery, a local dairy recognized this gap and has started producing a European-Style barrel churned butter with a whopping 84% fat content.  You can read more about it here.

Hearing this, I couldn't help but venture out to St. Lawrence market as it was named as a source of obtaining this European goodness.  I spotted a side fridge of a dairy shop who carried the new Stirling butter and proceeded to chat up the owner.  Jackpot!  He informed me that he also carried a butter from Italy and one from France, and went into the back to get them.  I ended up walking out with the Stirling butter as well as the Beppino Occelli butter from Italy.  As expected, the Stirling butter costed about 4 times more than our regular butter, and the Beppino Occelli was 8 times more.  I immediately messaged Kel about my loot and we started devising a plan as to what to test them on.

Here is a close up of our contenders. 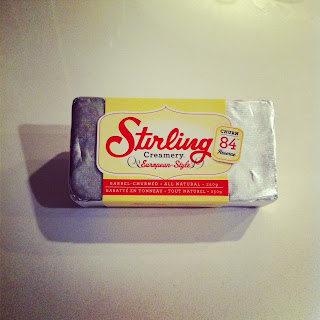 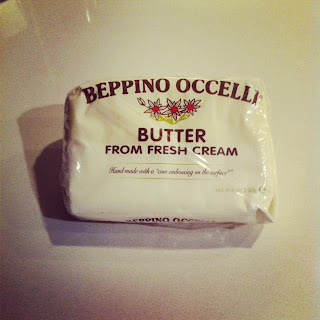 We soon decided to test them against our regular butter on three levels: simply as is; in cooking; and in baking.

For the first as is test, we had it with toasted French bread.  The Stirling and Beppino Occelli butters were recognizably more creamy than the Gay Lea.  However, the Beppino Occelli left an after taste we've never experienced with butter.  It actually reminded me of brie cheese.  It was quite the noms.

For the cooking test, we used them to sauté mixed mushrooms.  Again, the two contenders were noticeably richer, and once again the Beppino Occelli left a unique taste.  It wasn't so much like brie this time, but something different.  We couldn't quite put a finger on what it was. 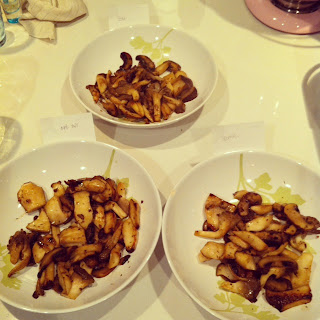 For the last test, I brought the left over butters with me to my friend Moj's house to share in the loot.  We proceeded to make butter cookies out of them.  The Stirling butter came out the winner in this round.  It filled the apartment with a buttery goodness you'd only dream about and the cookies were equally yummy.  The Beppino Occelli was a bit disappointing.  Moj described the smell during baking as "bad cheese" and the windows had to be opened.  The cookies themselves didn't fare well either.  They didn't taste like butter cookies at all; it was all rather strange. 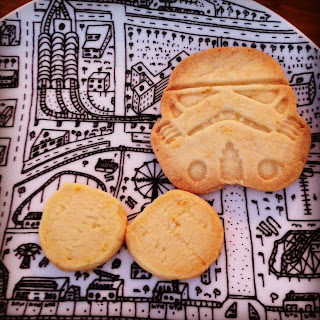 Our conclusion was that the Beppino Occelli butter was best enjoyed with toast, while the Stirling was a lot more versatile.  Maybe next time, I'll go get the butter from France to see how it fares.