As Kel mentioned in the previous post, he's managed to put up the rest of the pot lights in the ensuite and the walk-in closet. While he was doing that, I was chipping away at the endless layers of brick wallpaper. Erica had called me earlier on Sunday to say she and Flora were going to drop by after a late lunch since Flora hasn't been to our place before. They arrived at the house around 4:30 or so. After the quick tour, they offered their services (along with Mike), and quickly got to working on the wallpaper with me. Between the three of us, we were making quite a bit of progress! About an hour or so later, Vivian and Earl called and came by as well since we were all going to dinner afterwards. After their tour, they got to working on the wallpaper as well! :) It's quite amazing what the power of 6 can do! In no time, most of the wallpaper was gone, leaving behind only the patch at the top of the stairs where no one could reach. Thanks guys!

Look at the pink and green wall we've unveiled! 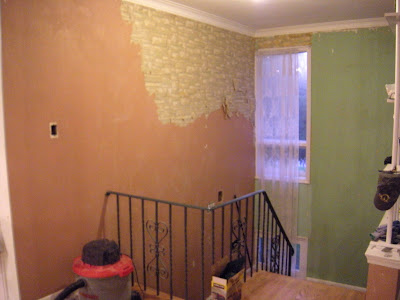 The lights in the closet and ensuite! 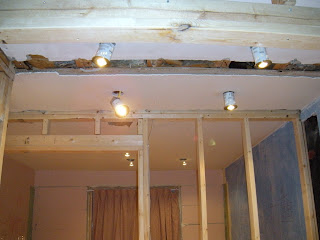 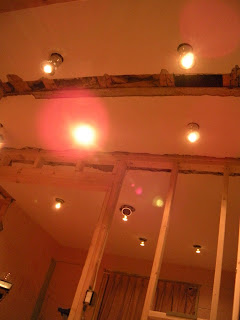 From wallpaper, to no wallpaper and potlight! 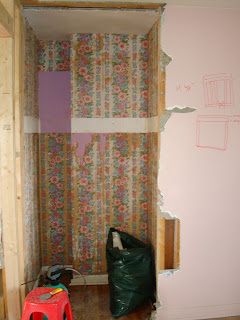 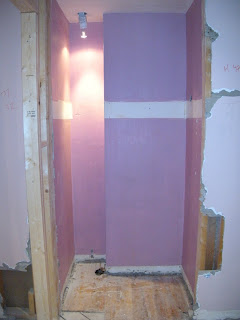 And look! Kel's removed the kitchen sink and all the old tiles as well! Here's a candid shot of him working hard, scrubbing the wooden planks! 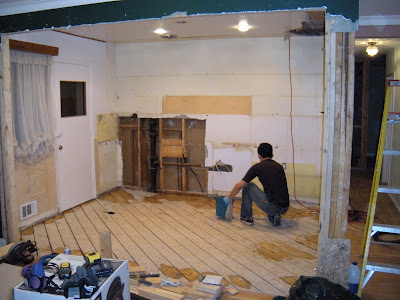